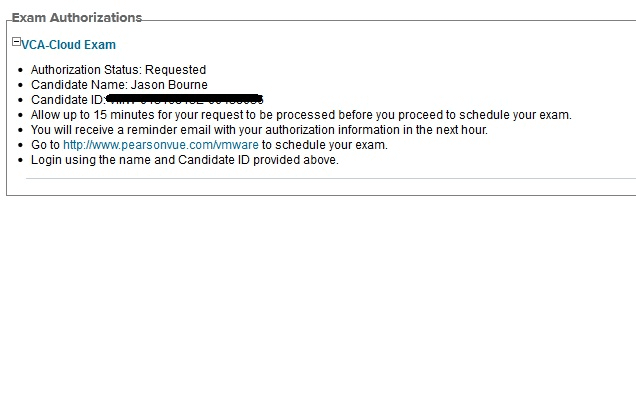 There’s an info on the Internet that says it’s possible to pass Vmware VCA certs for free. It’s been a while now and Vmware retired this offer.

However, there are some folks that say they could get around and pass without spending a penny. They say it’s a matter of combining promo codes.

I’ve been trying all the codes. Pearson Vue warned me that they’re going to shut down my account if I do another attempt! :p

So I created a new Vmware account. And I chose very famous first and last Names:

The nice part is that Vmware responded positively to my schedule request! The certification team did not watch the Jason Bourne Trilogy, lol:


Anyway, back to serious stuff. The 100% discount is officially retired. Only 50% promo codes are still valid. I’ll publish valid promo codes in a later post, inchAllah.